Our client Gort Scott have been featured in the RIBA Journal for their Epic Iran exhibition at the Victoria and Albert Museum London. The show explores 5,000 years of Iranian art, design and culture, bringing together over 300 objects from ancient, Islamic and contemporary Iran. It is the UK’s first major exhibition in 90 years to present an overarching narrative of Iran from 3000 BC to the present day, and is organised by the V&A with the Iran Heritage Foundation in association with The Sarikhani Collection.

Gort Scott were appointed by the V&A following an invited competition and responded to the challenge of designing the setting based on the concept of the Exhibition as City, influenced by the paintings of architecture and the city depicted in the Shahnameh, the ‘Book of Kings’ (the national Epic of Iran). Following intensive research by the practice, the exhibition design is conceived as a journey between spaces of very different atmospheres, each relating to the objects displayed and their time and place in history. Like wandering in a city, information is layered, choice and engagement are prioritised, and no two individual experiences will be quite the same.

The 10 sections of the exhibition are expressed as a series of individual architectural moments or open spaces that sit within two large halls of the V&A. The colour and form of these were inspired by the craft of Persian culture, including earth-built structures, through to the grand order of Persepolis, and illuminated manuscripts depicting Iranian interiors within cities and gardens. Some of these rooms have finely crafted solid walls, while others are simply defined by sheets of fabric lit with projections. Gort Scott have varied materials, colours and textures in order to affect the play of light, acoustics and touch.

Though all of the objects are shown in true unadulterated form, Gort Scott have also facilitated the use of technology to help visitors visualise how some objects may have looked in their original form through collaboration with leading moving image studio Luke Halls.

Gort Scott and the V&A have prioritised environmental sustainability in their design of the exhibition – electing to use low carbon and reusable materials such as timber and hempcrete, whose unique textural qualities are a loose reference to the natural building materials which were used in ancient Iran. Gort Scott have also re-used as many materials as possible from the V&A’s stores – for instance showcases and glass – as well as materials from previous exhibitions. In turn, many elements within this demountable temporary exhibition can be recycled or reused for future displays. 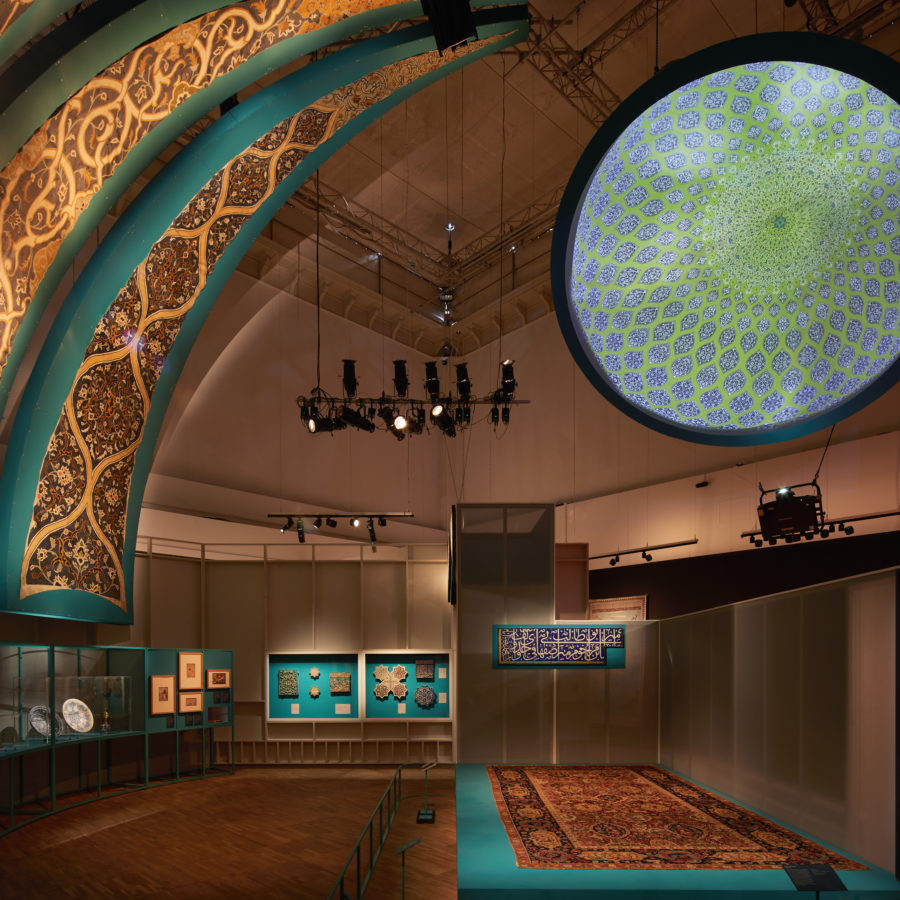 We currently do not have any open positions.